I’ve always had a big problem with grouping students by ability. The Sutton Trust EEF Toolkit shows that ability grouping, setting or streaming has a negative impact on student attainment.

One of the first blogs I read and favourited when I began exploring the online educational world was Kenny Pieper’s Setting by ability: why? which used Ed Baines’ chapter on ability grouping in Bad Education: debunking myths in education to argue that setting and streaming was “self-defeating in the extreme.” Since then I’ve had a look at the research myself; there’s a list of some of the articles at the bottom of this blog. My favourite was Jo Boaler, Dylan Wiliam and Margaret Brown’s study Students’ experiences of ability grouping —disaffection, polarisation and the construction of failure. Susan Hallam concluded her study: “ability grouping…does not raise standards, and in some cases can lower them. It can also have detrimental effects on pupils’ personal and social development.”

It’s fair to say, the case for setting and streaming is full of holes and there is plentiful research out there to show that it doesn’t achieve what it tries to achieve. As the Sutton Trust Toolkit says: “ability grouping appears to benefit higher attaining pupils and be detrimental to the learning of mid-range and lower attaining learners.” In other words, it exacerbates the Matthew Effect and ensures that the gap between the knowledge-rich and the knowledge-poor widens. 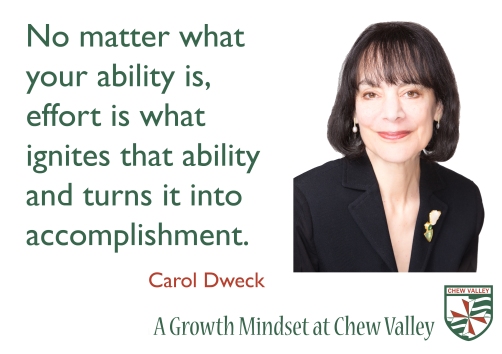 Ability has no bearing on your accomplishments; effort does

My big problem with any discussion around grouping is with the weasel word “ability.” As Fearghal Kelly says it has all the connotations of a fixed mindset. When you talk about a “mixed ability” group what are you really saying? That some of them are more “able” than others? This language implies that those “low ability” students you have are actually less able to improve. The word itself reinforces the widening of the gap. In actual fact, as we all know, students who end up labelled “low ability” have complex needs, some cognitive, some behavioural, some social, and some attitudinal which have led to them performing poorly. This poor performance – their prior attainment – gains them the label of “low ability,” but it does not necessarily follow that low attainment corresponds to lack of ability.

I want to root the word “ability” out of my own and my school’s vocabulary. If we are truly to become a growth mindset school we must avoid the bear-trap of labelling students with fixed terms like “middle ability” throughout schooling when we actually mean “achieved between 25 and 40 marks on their English reading paper in Year 6 which was then translated using a threshold into an arbitrary level 4.” This has nothing to do with the individual’s ability. It is all about performance.

Ability is not fixed. As teachers we can work with young people to overcome their cognitive, behavioural, social and attitudinal issues and improve their ability to access the curriculum. We certainly won’t solve all of those issues outright, but we can ameliorate them – and we must. But labelling a young person as “low ability” is not going to motivate them or us to try. 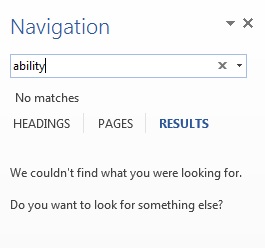 I wrote to parents this week explaining our grouping and curriculum approaches in school, and I didn’t use the word ability once. “Students are taught in groups with the full range of prior attainment,” I wrote to explain those subjects that mix – the majority of our curriculum is taught this way. Some still set, of course – that’s the Head of Faculty’s decision. Our challenge now is to raise attainment for all and to ensure that every student continues to increase their ability to learn, grow and achieve.

6 thoughts on “My problem with ability”